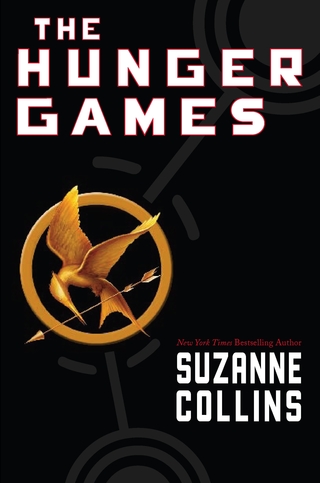 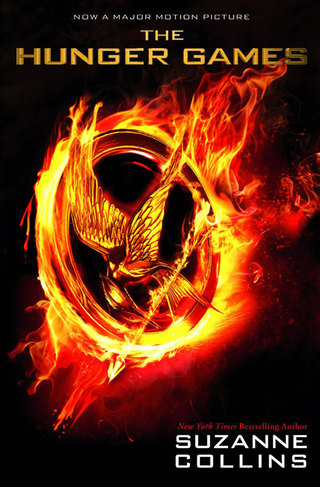 AN ALA NOTABLE CHILDREN'S BOOK

BARNES & NOBLE BEST BOOKS OF 2008
FOR TEENS AND KIDS

"What happens if we choose entertainment over humanity? In Collins's world, we'll be obsessed with grooming, we'll talk funny, and all our sentences will end with the same rise as questions. When Katniss is sent to stylists to be made more telegenic before she competes, she stands naked in front of them, strangely unembarrassed. "They're so unlike people that I'm no more self-conscious than if a trio of oddly colored birds were pecking around my feet," she thinks. In order not to hate these creatures who are sending her to her death, she imagines them as pets. It isn't just the contestants who risk the loss of their humanity. It is all who watch."

"...brilliantly plotted and perfectly paced...a futuristic novel every bit as good and as allegorically rich as Scott Westerfeld's 'Uglies' books."

"[The Hunger Games] is a violent, jarring, speed-rap of a novel that generates nearly constant suspense...I couldn't stop reading it."

"Collins's characters are completely realistic and sympathetic as they form alliances and friendships in the face of overwhelming odds; the plot is tense, dramatic, and engrossing. This book will definitely resonate with the generation raised on reality shows like "Survivor" and "American Gladiator."

"[A] plot-driven blend of suspense, science fiction, and romance."

"The plot is front and center here—the twists and turns are addictive, particularly when the romantic subplot ups the ante—yet the Capitol's oppression and exploitation of the districts always simmers just below the surface, waiting to be more fully explored in future volumes. Collins has written a compulsively readable blend of science fiction, survival story, unlikely romance, and social commentary."

"Populated by three dimensional characters, this is a superb tale of physical adventure, political suspense, and romance."

"I was so obsessed with this book that I had to take it with me out to dinner and hide it under the edge of the table so I wouldn't have to stop reading.  The story kept me up for several nights in a row, because even after I was finished, I just lay in bed wide awake thinking about it...The Hunger Games is amazing."

"[A] stylish postmodern 'Lost' in direct collision with 'Lord of the Flies.'"

"Themes of government control, "big brother," and personal independence are explored amidst a thrilling adventure that will appeal to science fiction, survival, and adventure readers. The suspense of this powerful novel will keep the reader glued to the page long after bedtime."

"The Hunger Games is as close to perfect an adventure novel as I've ever read. I could not put it down. Collins has transformed the ancient Labyrinth myth into a terrifyingly believable tale of future America. Readers will be hungry for more."

"Impressive world-building, breathtaking action and clear philosophical concerns make this volume, the beginning of a planned trilogy, as good as The Giver and more exciting."