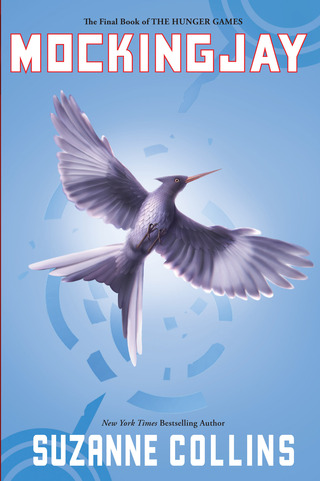 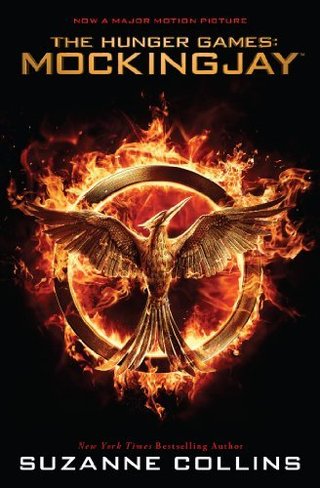 "At its best the trilogy channels the political passion of "1984," the memorable violence of "A Clockwork Orange," the imaginative ambience of "The Chronicles of Narnia" and the detailed inventiveness of "Harry Potter." The specifics of the dystopian universe, and the fabulous pacing of the complicated plot, give the books their strange, dark charisma."

"Collins does several things brilliantly, not the least of which is to provide heart-stopping chapter endings that turn events on their heads and then twist them once more. But more ambitious is the way she brings readers to questions and conclusions about war throughout the story. There's nothing didactic here, and sometimes the rush of events even obscures what message there is. Yet readers will instinctively understand what Katniss knows in her soul, that war mixes all the slogans and justifications, the deceptions and plans, the causes and ideals into an unsavory stew whose taste brings madness. That there is still a human spirit that yearns for good is the book's primrose of hope."

"This dystopic-fantasy series, which began in 2008, has had such tremendous crossover appeal that teens and parents may discover themselves vying for -- and talking about -- the family copy of "Mockingjay." And there's much to talk about because this powerful novel pierces cheery complacency like a Katniss-launched arrow. Look skeptically at computer and television images, it suggests, be aware of spin, gaze upon the young faces of the world's soldiers. Children forced to kill children? It's not just in the pages of a novel."

"The indelible conclusion to Suzanne Collins' Hunger Games trilogy proves once more that the greatest fantasy novels hold an incandescent mirror up to reality."

"But being the Mockingjay comes with a price as Katniss must come to terms with how much of her own humanity and sanity she can willingly sacrifice for the cause, her friends, and her family. Collins is absolutely ruthless in her depictions of war in all its cruelty, violence, and loss, leaving readers, in turn, repulsed, shocked, grieving and, finally, hopeful for the characters they've grown to empathize with and love. Mockingjay is a fitting end to the series that began with The Hunger Games (2008) and Catching Fire (2009) and will have the same lasting resonance as William Golding's Lord of the Flies and Stephen King's The Stand."

"The final installment, the grimmest yet, is a riveting meditation on the costs of war...Clear your schedule before you start: This is a powerful, emotionally exhausting final volume."

--People Magazine,4 OUT OF 4 STARS

"This concluding volume in Collins's Hunger Games trilogy accomplishes a rare feat, the last installment being the best yet, a beautifully orchestrated and intelligent novel that succeeds on every level... In short, there's something here for nearly every reader, all of it completely engrossing."

"Fans will be happy to hear that Mockingjay is every bit as complex and imaginative as Hunger Games and Catching Fire. Collins has kicked the brutal violence up a notch in an edge-of-your-seat plot that follows Katniss as she tries to fulfill her role, protect her mother and sister and, in the end, finally choose between her two greatest loves. B+."

"Mockingjay" is without question the most brutal of the trilogy. Nobody emerges unscathed – very bad things happen to everyone from fan favorites down to characters so minor a reader has to pause and think, "Now, who was that again?" before recoiling in horror at their fate. Collins doesn't take war lightly – her characters debate the morality involved in tactics used to try to overthrow the rotting, immoral government, and they pay a high cost for those tactics. It is also an entirely gripping read. In Katniss, Collins has crafted a heroine so fierce and tenacious that this reader will follow her anywhere."

"Much of the action takes place on a battlefield akin to Iraq — where innocent civilians are murdered to further a cause and each side resorts to unsavory tactics that could lead to a terrorist label. More maudlin than the first two books in the series, "Mockingjay" is also the most violent and bloody and, based on the actions and statements of its characters, its most overtly antiwar — though not so much that it distracts from a series conclusion that is nearly as shocking, and certainly every bit as original and thought provoking, as "The Hunger Games." Wow."

"Suspenseful... Collins' fans, grown-ups included, will race to the end."

"Throughout the trilogy, Collins has asked readers to consider heavy questions. What level of violence is justified to achieve needed change? How much integrity can one compromise for a just end? To what extent does responsibility to others demand sacrifice of self? How much control does anyone have over the construction of self? Katniss is the ideal vehicle for this dialogue, her present-tense narration constantly putting her own motivations and even identity under scrutiny.It's not giving away anything to reveal that Katniss will be tested sorely, that allegiances will shift, that heart-thumping scenes of combat will yield to anguished reflection, that she and readers will find themselves always wondering just whom to trust, that she and readers will lose friends they love. In the final analysis, this is exactly the book its fans have been hoping for. It will grab them and not let go, and if it leaves them with questions, well, then, it's probably exactly the book Collins was hoping for, too."